The Andhera found on Maria are a hive organism, each hive being made up of four types as follows. 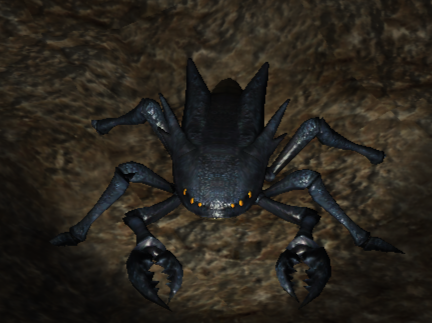 The Andhera Worker is a tailless, scorpion-like bug with pincers, and is only found in caves. It can kill unarmoured players easily, and should not be taken on without caution. pre-Beta 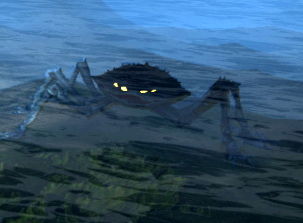 The Andhera Soldier is a crab-like bug that lives in caves and only comes out during the night. It can do serious damage, but on its own is not too great a threat. They are easily spotted with their glowing eyes. pre-Beta 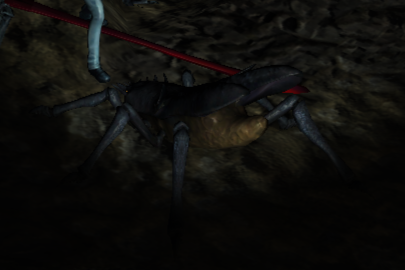 The Andhera Male is a locust-like bug and is only found in caves. They rarely stray too far from the queen. pre-Beta 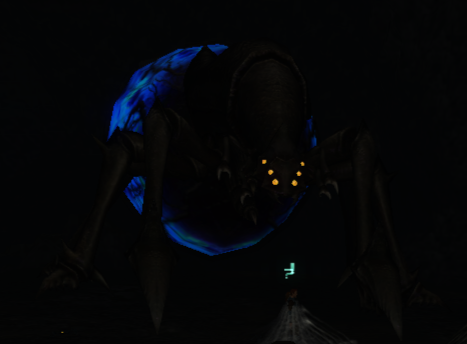 The Andhera Queen attacks and defends by spitting and shooting a web. Occasionally this behemoth bug will lay some eggs in combat that quickly hatch into tiny Andhera Workers. The Queens never leave the caves. pre-Beta